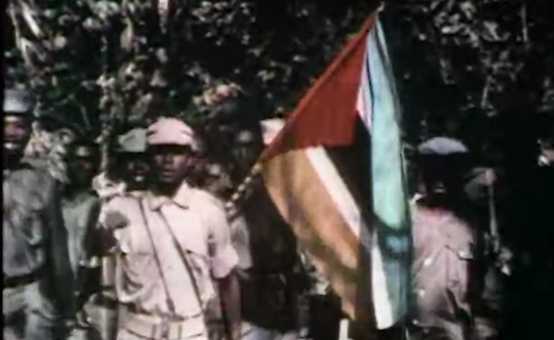 In May of 1972, tens of thousands of African Americans gathered in Washington, D.C. Young and old, radical and moderate, they united not in protest of the government’s treatment of blacks in the United States, but rather on behalf of their distant kin fighting revolutions in Africa. At the first African Liberation Day, black peoples in the western Diaspora sought to change American foreign policy, which continued to actively support the colonial empire of tiny Portugal and the minority regimes of Rhodesia (Zimbabwe) and South Africa. The crowd marched through the streets of the capital, carrying signs proclaiming solidarity with the liberation struggles and condemning the economic discrimination that kept blacks subservient at home as well as abroad. The parade of activists made stops at the State Department and the embassies of the southern African regimes, where government and community leaders urged listeners to adopt the African revolutions as their own and boycott corporate partners like Gulf Oil and Polaroid that helped sustain minority rule. This demonstration culminated on the National Mall – renamed Lumumba Square for the festivities – where an estimated 25,000-40,000 people joined organizer Owusu Sadaukai (Howard Fuller) in chants of “We are an African People.” This demonstration in Washington, described by one participant as the largest all-black assemblage in the city’s history, was a symbol of a much larger movement that developed at the end of the Black Power era. Disillusioned both with the slow pace of civil rights in the mid-1960s and the ideological divisiveness of groups like the Black Panthers, African American leaders sought a common ground on which they could build a political and social movement that would unite the entire black community. They found a solution in the ongoing revolutions occurring in southern Africa. Since the wave of decolonization had begun to sweep through the continent in the late 1950s, black Africans had been struggling for self-determination against recalcitrant minority white governments. Nationalists adopted armed revolution and wholesale social reconstruction as necessary tactics in the face of official resistance to reform. By 1972, the armed conflicts in the Portuguese colonies of Mozambique in the south and Guinea-Bissau in the northwest had swung in the favor of the freedom fighters, while South Africa’s harsh system of segregation known as apartheid had dramatized for the world the stark inequality that separated the races under minority rule. The two faces of Africa – heroic struggle and racial injustice – provided African Americans a rallying cry as they sought to address the systemic economic and political problems that continued to plague their own communities. This sense of shared struggle gave birth to a solidarity movement, where African Americans pledged support to African liberation and sought to use these continental models of self-determination to change conditions in the United States. For their part, Africans joined in this exchange of equals, with exiles helping to lead local movements and nationalists encouraging the support of their brothers abroad. GBH cameras were there at almost all stages of the construction of this movement, documenting the interactions of African peoples across linguistic, spatial, and experiential gaps. This collection will explore these exchanges, using episodes of Say Brother to illuminate the leaders, events, and campaigns that helped reignite a commitment to African liberation in the national imagination. Though the celebration of African Liberation Day would fade along with the 1970s, this identification with the continent had important effects on black communal identity and would feed directly into the more famous anti-apartheid movement of the next decade. 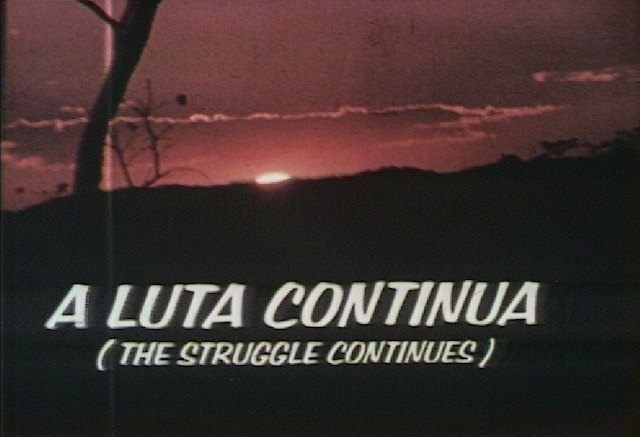 A Luta Continua (The Struggle Continues)