The Julia Child Project: The Cold War, France, and the Politics of Food 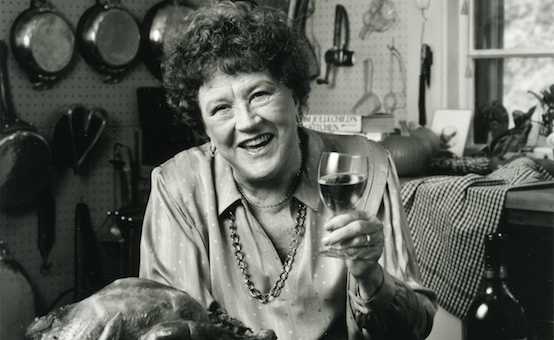 Relations between the US and France were at a lowpoint in the spring of 1966. The country was still a popular tourist destination, and a cherished resource of guidelines for cosmopolitan food, art, and even sex. But things were changing. Anti-American sentiment appeared with increasing frequently in French popular media—so much so that even tourists took note Charles deGaulle, the president, had adopted a policy of “gaullism” that meant continual assertion of France’s geopolitical leadership, resisting cooperation with global political strategies engineered by the US, and publically criticizing American policy in southeast Asia. Most notably, in March of that year DeGaulle took France out of the fledgling North Atlantic Treaty Organization (NATO) and demanded that all American soldiers be evacuated from French soil. The prolonged and exceptionally violent loss of its empire, most recently Algeria, had left the nation’s politics, cultural gatekeeping institutions and public life divisive, if also more diverse, realms. In the midst of this, Julia Child appeared on American TVs and urged people to make their asparagus “the French way.” What could Child have meant by this? What did people think she meant? The French Chef raises these and other questions about food and cooking in the turbulent 1960s. For a decade, Child’s show The French Chef was a mainstay of public television programming—an important component of families’ evening viewing and of afternoon cooking plans. Here, cooking the French way meant some very specific things—working hard physically when necessary (in some episodes she even panted), peeling vegetables (about this she was very clear), using appropriate herbs, and making hollandaise by hand. It meant valuing the traditions of the French food system--epitomized in images of markets and fishermen. Above all, cooking the French way meant, as she said and demonstrated repeatedly, treating the work of cooking and eating with serious purpose and also joyful embrace. It did not necessarily mean engaging in global politics, but Child could hardly avoid these. After all, she had gone to France in the first place because of her husband’s State Department posting there after World War II, made her first forays into cooking as she saw him through the rigors of life in the 1950s diplomatic corps, and she maintained an interest in presenting France and its culture in inviting, accessible but also honest ways. Throughout the 1960s and 1970s, the Childs also remained invested in France literally. They built a home in Provence, maintained a network of friends throughout the country,, watched its empire dissolve, hoped for and then despaired of DeGaulle’s leadership, and stocked gasoline and food when student and general strikes overturned the nation’s infrastructure in the spring of 1968. The French Chef, in contrast, presented a much older tradition of France as the arbiter of taste, the creator of standards and techniques that were truly universal. It made an argument for the French presence in haute cuisine, even as she and her viewers navigated a world in which French authority and its national coherence were increasingly strained. In the context of the Cold War, we can see The French Chef as an argument for French culture, and more broadly for cooking itself, as a unifying force in the face of disintegrating gender and sexual norms, the “quagmire” of French and then American efforts in Vietnam and southeast Asia, and the ethnic and racial tensions that characterized life in both countries. Even in this limited realm of gourmet cooking, Child’s claims for French superiority did not always work. As American viewers increasingly voiced their attachment to older forms of ethnic foods and newer embraces of ethnic cuisine, they sometimes questioned Child’s adaptions. This didn’t mean she backed down. For instance, when irate viewers complained that Child’s “Lasagne a la Francaise” was hardly a respectful appropriation of an Italian classic, Child acknowledged that it was not meant to be Italian but that that did not matter because French know-how was so central to cuisine generally: “We should be thankful to the Italians for having invented lasagna-shaped pastas,” she allowed but then added viewers should also thank the French “for their fine cooking methods that make such a splendid dish possible.” French technique was presented as a kind of stand-in for France’s coherence. Child raises these hard questions—harder than could be visible in her shows but not so hard that GBH viewers didn’t think about them. How did The French Chef make sense in an increasingly diverse and racially complex cooking landscape? What did it say about the place of food in negotiating that world? How can it be made sense of in the context of other GBH programming that mentioned France or contemporary French politics or racial, sexual, and social dissension in the US?; These questions speak to the ways that the French Chef was part of a broader phenomenon that put food at the center of Americans’ politics and culture in the 1960s.

For Julia Child’s 100th birthday, the Radcliffe Institute organized a symposium of scholars, friends, and researchers. The last session focused specifically on her television work, although many will find the sessions on her life in Paris and in Cambridge also of interest.

Julia Child donated her personal archive to the Schlesinger Library at the Radcliffe Institute. Her collections are voluminous, including research materials, scripts from her television work, and decades of correspondence with friends, family, and business associates. These are spread over two personal collections (The Julia Child Papers and the Additional Papers of Julia Child). In addition to Child’s papers, the Schlesinger holds the papers of many of her friends and associates, including Simone Beck and Avis DeVoto.

Child’s home kitchen was disassembled, moved, and painstakingly reassembled at the National Museum of American History. For those who can’t travel to DC, the museum has prepared an online tour of the kitchen, complete with Child’s narration, focused descriptions of the predictable and unpredictable contents of the kitchen, and a timeline of Julia Child’s life and career.

In-between production of the first and second series of “The French Chef,” Julia and Paul Child went to their home in Provence to recuperate from a grueling schedule and so Julia could complete work on the second volume of Mastering the Art of French Cooking. While there, long-simmering resentment of DeGaulle became organized resistance to French universities, business, and much of its political order. A series of insurrections and a general strike kept Paul and Julia stuck in their home, and then grateful to leave France at the end of June. This collection offers powerful documentary of the spring 1968 uprisings in France and points to the growing racial diversity of French society, criticism of its political order, and frustration with cultural conservatism.]

This website and accompanying blog, created by a college class from the University of Richmond, offer snapshots of Americans’ and America’s presence in Paris. Although Julia Child is not one of the figures described, the essays and geographic mapping helps to contextualize her in the long and sometimes complicated history of Americans’ expectations of France.