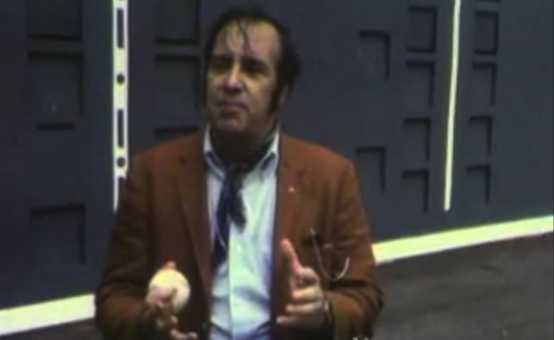 It's Fenway Park's centennial year and GBH throws out the first pitch this month with Fenway Park at 100 (Tues, 3/27 on GBH 2). Open Vault has its own, more bittersweet song of praise for Boston's great ballpark—from a diehard Chicago White Sox fan. Originally Published March 2012.

In the 1960s, New York radio icon and Midwest native Jean Shepherd—the man whose stories inspired the cinematic classic A Christmas Story — made a series of short films around Boston with producer Fred Barzyk. Barzyk was 22 and working at GBH, then a little station housed in a former roller skating rink in Cambridge. One Saturday afternoon, idly scanning the radio dial, he came upon Shepherd and fell under his storytelling spell. “He was like this jazz musician using words, taking riffs off his main idea but always returning back again," Barzyk recalls. "I knew I had to work with him."

With the innocence of youth, Barzyk wrote Shepherd and offered him a half hour of airtime. "All I could pay him was $1 for signing the release," Barzyk says. Shepherd covered his own airfare and showed up, Barzyk believes, because he wanted to forge his credentials in the academic world and the GBH stationery used to contact him highlighted the station's connection to Harvard, MIT, Brandeis, and Tufts, among other schools.

The first show, Jean Shepherd, American Humorist, was shot in 1962 on the dock at the Museum of Science with the Charles River as the backdrop. Shepherd told two of his classic stories, including the Ovaltine story, which was later immortalized in A Christmas Story, a holiday favorite based on Shepherd's semi-autobiographical musings. When Shepherd finished, the crew applauded. "This wasn't like our normal shows," Barzyk says. "We were doing lectures, piano shows, and educational courses for distant learners. And here was this guy entertaining us."

Thus began a collaboration that continued for three decades and included the great GBH-produced series from the 1970s, Jean Shepherd's America. The short pieces they produced in the 1960s were called Rear Bumpers after a television show Shepherd had hosted in Cincinnati early in his career. In October 1969, Shepherd and Barzyk filmed inside an empty Fenway Park. Shepherd's mood in the piece ranges from dread to admiration. He hurls a ball toward the Green Monster and waits for "one of the most sickening sounds in the entire baseball world," evoking what it meant to a boy listening on the radio. "This is the fence that has destroyed more dreams... and broken more outfielders' necks than any other piece of real estate in the history of Western man," he says.

It all seemed to that boy in the Midwest to be taking place so far away: "It was remote, kind of like a foreign land... like a broadcast from Yugoslavia." And then he turns back toward the field and the sweep of the park. "What a beautiful place," Shepherd says, "take a look at that great green outfield." It's a love poem spoken from the heart of the park by a lifelong Fenway outsider.