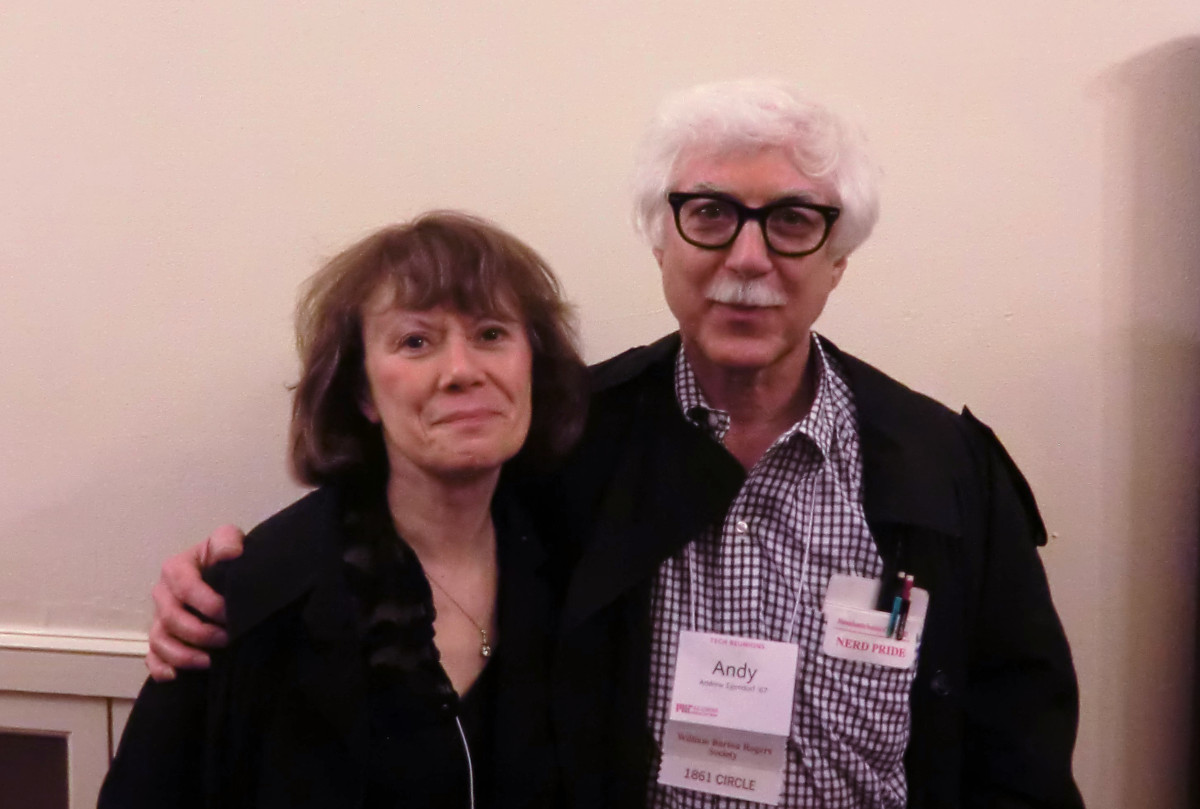 Masterpiece Theatre began in 1971 as a partnership between GBH and the BBC and other producers. In 2019 Andrew Egendorf generously donated to GBH in honor of his late wife Linda. This gift enabled the Media Library and Archives to digitize episodes of Masterpiece Theatre programs from 1971-1992, Alistair Cooke’s tenure. Materials will be available online when possible and on-site at GBH as materials are digitized.

Masterpiece Theatre was the result of a collaboration between GBH in Boston and the BBC and other producers, after GBH President Stanford Calderwood became interested in licensing dramatic programs from the UK for broadcast in the US. Masterpiece Theatre premiered on PBS on January 10, 1971, with Christopher Sarson serving as the series’ first executive producer. From its first broadcast until 1992, Masterpiece Theatre’s host was Alistair Cooke, a British-American broadcaster and journalist. To this day, Alistair Cooke remains the longest-serving of any Masterpiece host.

In 2018, GBH received a $750,000 challenge grant from the National Endowment for the Humanities NEH to preserve and digitize the most at-risk items in the GBH archival collection, specifically 83,000 media resources. This effort will preserve the archive we have built and ensure that future media assets are properly preserved as they are created. The grant calls for a 4:1 match, or $3 million in matching dollars over the next four years.

In 2019 Andrew Egendorf, in memory of his late wife, Linda Egendorf, gifted to GBH a donation to support the GBH Archives NEH Challenge grant and the creation of the Masterpiece Theatre Alistair Cooke Collection. For the first time, intros by Alistair Cooke will be made available to the public, thanks to this generous gift. Linda, a jewelry designer and sculptor, and Andrew, an attorney and inventor, lived in Lincoln, Massachusetts. Linda was born in 1946 in Maryland and trained as a jewelry designer until she began working exclusively in sculpture around 1996, working mainly with metal, wood, and cloth. Linda’s jewelry work includes pieces made for the JFK Library and Harvard, and her sculpture work includes the sculpture “Aftermath” which was created as a tribute to the victims of the September 11 attacks and which appeared on the cover of the October 2001 issue of Art Calendar magazine. She was the only American woman accepted to the Japanese Toyamura International Sculpture Biennale in 2005. Linda died in 2017. Andrew ("Andy") was born in 1945 and studied at M.I.T., Harvard Business School, and Harvard Law School. While at Harvard, Andy helped form “Nader’s Raiders", volunteer students interested in improving consumer protections. Andy's group of "Raiders" studied the Federal Trade Commission, leading ultimately to the agency’s overhaul. He also was instrumental in establishing Harvard's joint Law-Business program. Andy later was a member of the team which founded the M.I.T. spinoff Symbolics, Inc., the first "dot-com", and he has been granted many internet-related patents.