Television on Television Violence: Perspectives from the 70s and 90s 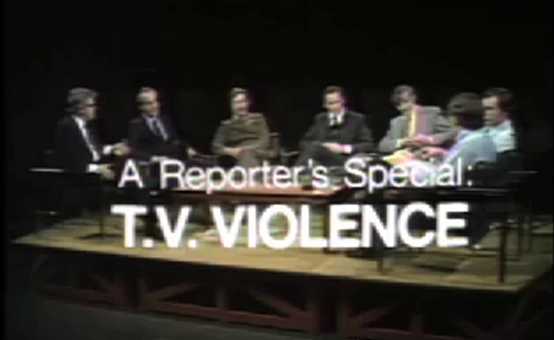 On January 10, 1995, PBS’s Frontline aired an episode provocatively titled Does TV Kill? The show investigated television viewing habits of average families in upstate New York, and promised to “reveal unexpected conclusions about the impact TV has on Americans’ world view.” But if one looks at the history of television discussions about television effects, Frontline only reiterated issues that have troubled academics and filled popular opinion since the introduction of television. Frontline’s investigation is part of a much longer history of television effects research, and decades-long concern that violent television was to blame for a broad range of social violence. This article takes a historical approach to the topic of how media discusses media violence by considering how television programs have addressed the problem of television violence and discussed available evidence. These programs are often prompted by real-world incidents, resulting in what media scholar Kirsten Drotner calls a “media panic.”1 How commentators viewed television in the 1990s has origins in the concern over the amount of social violence occurring in the nation during the 1960s. The debate over the effects of media violence has of course been going on for millennia. But television was seen in the fifties and sixties as something completely different from any other previous media. Like radio, but unlike cinema, it was ubiquitous within the home, often called a “member of the family.” But like cinema, and unlike radio, it was captivatingly visual. It was thus family entertainment capable of corrupting innocent children all over the United States from within the home. When unprecedented social violence erupted during the 1960s, primarily among high-school and college students, many adults assumed television – seemingly the only thing to have changed in their immediate environment – was the culprit. In addition, brand new experimental research protocols on the effects of television were devised in the early 1960s that correlated violent television with real-world aggressive behavior, and in 1972, the United States Surgeon General had deemed television violence as a public health problem.2 Thereafter, there were periodic televised discussions with industry executives and research experts about the effects of media violence. In this collection, I explore four of these types of public television programs, two from the 1970s and two from the 1990s, and consider what, if anything, has changed in the questions asked and what progress the media commentators have made in discussing the issue. I conclude that, while certain questions about practical matters of television viewing have changed- such as how real the graphics look, or what type of programming is available at which times, the questions about the effects of television violence stay essentially the same. 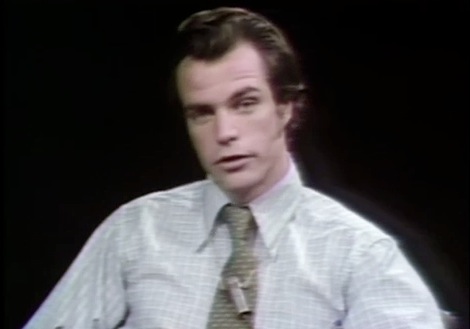 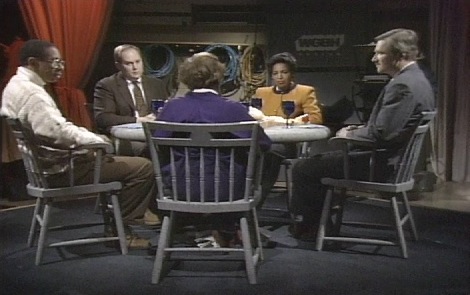