An Interview with Author James Baldwin 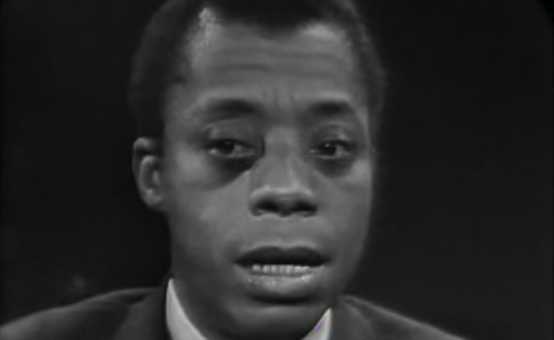 Originally published in February 2012 in honor of Black History Month, GBH's Open Vault looks back at a tumultuous moment in the African American quest for equal rights.

It was the spring of 1963, a few months after Alabama Governor George Wallace called for "segregation forever," and a few months before the March on Washington. GBH producer Henry Morgenthau III and director Fred Barzyk filmed The Negro and the American Promise, featuring interviews with author James Baldwin, Nation of Islam Minister Malcolm X, and Martin Luther King, Jr.

Baldwin was filmed in New York on May 24,1963, immediately after he, Morgenthau, and the interviewer, psychologist Kenneth Clark, had left a rancorous meeting with then- Attorney General Robert F. Kennedy. This was the so-called "secret meeting," organized by Baldwin at RFK's request. Intended to focus on the racial situation in northern cities, it devolved, Clark later wrote, into hostility on both sides, and finally, "an excruciating sense of impasse."

The meeting with Kennedy dragged on for three hours, causing Baldwin, Clark, and Morgenthau to be late for the interview. "On the way to the studio, it was clear that the emotionality and general sense of frustration...would be carried over into the interview," Clark recalled. "Indeed, many times in the taxicab, Baldwin said that he was not sure he would be able to go through with the interview. He stated repeatedly, 'Kenneth, all I need is a drink. Can't we stop at the nearest bar? I must decompress.'"

As the interview begins, you'll see Baldwin trying to collect his thoughts. "My mind is someplace else," he says. He does collect his thoughts, and the result is a spontaneous, gripping 25 minutes, later hailed by The New York Times as an "unforgettable television experience that seared the conscience" of white America.

"I think that one has got to find some way of putting the present administration of this country on the spot," Baldwin says, reflecting on the meeting with RFK earlier that day. "One has got to force, somehow, from Washington, a moral commitment, not to the Negro people, but to the life of this country." Producer Morgenthau decided to air the Baldwin piece separately, in advance of the full broadcast of the program. At the head of the show, you'll see Morgenthau introduce the segment and talk a bit about the circumstances of the interview. It's a stately beginning, but be patient. James Baldwin is worth the wait.