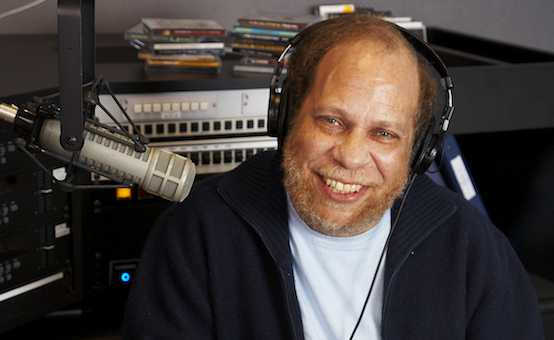 Over the last three decades, I have been involved in researching and sharing knowledge on musicians’ thoughts, feelings, views and beliefs on and about what they do and why they do it. Some of my work has focused specifically on African American musicians as composers, arrangers and performers ‘of and in’ the creative improvisational music commonly known as jazz. The scope of my research work has also included examination the roles of jazz radio hosts in enlightening, informing and educating the general listening audience to the aesthetics and creative principles of jazz musicians and the music they compose and perform. As a result of my research in the area, I have developed great respect and appreciation for Eric Jackson. Known as the “Dean of Boston Jazz Radio”, Eric has created an outstanding legacy of commitment to the music and the musicians. Because of his deep knowledge of the music and his respectful and sincere attitude towards the musicians, Eric has been able to establish trusting relationships with these professionals. These relationships have resulted in interviews with musicians that are relaxed, informative, insightful, and provide an intimate and unique record of the accounts of master musicians in their own words.

For this research project, I was provided access to audio recordings of a number of live interviews conducted by Eric Jackson on his GBH show, “Eric In the Evening”. All the interviews were recorded in the 1980’s and 1990’s and feature some of the greatest musicians of the 20th century, many of whom have been honored by the National Endowment for the Arts as Jazz Masters. Live commentary between musicians and Eric Jackson give insight into the world of these musicians. These insights range from autobiographical information to theoretical, compositional and repertoire considerations, and from personal preferences to significant historical commentary about the music business. The interviews serve to illustrate the depth of knowledge and understanding that Eric Jackson as presenter and archivist has of the music and his personal relationships with the musicians. A key to the importance of what is expressed in the interviews has to do with Eric’s strong personal and emotional connection with each artist and their collective appreciation and respect for Jackson’s stature as a programmer, historian of the music, and member of the community.

Over a six month period I spent time listening to each interview, taking notes on the various topics and subjects of discussion. I then organized and refined the content, ultimately selecting five interviews for sharing with the public via the GBH homepage. The selected interviews are Alan Dawson, Roy Haynes, Ahmad Jamal, Sheila Jordan and Arthur Taylor Acknowledged masters in their own right, each of the interviews provides intriguing reflections on their biographies, views, opinions, thoughts and endeavors. I selected the interviews based on the knowledge, history and insights each provides that will be of interest to the GBH listening and reading audience. Some themes and topics discussed in the interviews include: “Good and bad music," Teaching Tony Williams, The joy of singing, Memories of “Bird” and “Prez," the importance of dancers in jazz drum performance history, and the brilliance of Papa Joe Jones. It is my hope that through reading and hearing the interviews, one will benefit from the knowledge of five jazz master musicians and one masterful jazz radio host.

In the history of New England jazz radio personalities, perhaps none loom larger or longer than Eric Jackson. Beginning in 1969, Eric Jackson hosted multiple jazz radio shows airing from various Boston based radio stations. He moved to GBH in 1977 as host for “Artists in the Night”. In 1981, Eric created his own show, “Eric in the Evening”, which now airs on GBH radio on Friday, Saturday and Sunday nights.

For over three decades, Eric has created an outstanding legacy of being one of the most informed, knowledgeable and personable hosts in the history of jazz radio broadcasting. He exemplifies the jazz radio host who is dedicated to exposing, informing and educating the listening audience to the musicians and their music. Eric is a researcher, scholar and critical listener of the music. He has been invited to speak and lecture for many organizations and societies throughout the greater Boston, Cambridge and New England region. For years, he has served as an adjunct professor in the African American Studies Department at Northeastern, where he teaches courses on African American music and Jazz history. His thorough understanding of the aesthetics of the music along with his deep knowledge of the history of the music and his relationships with the musicians combine to make Eric Jackson a very special person in the legacy of jazz radio personalities and hosts.

Eric has been the recipient of a number of awards and recognitions, including Ambassador of the Arts by the Cambridge MA City Council, Lifetime Achievement Award by the John Coltrane Memorial Concert, the 2012 “Duke Dubois Award” given to an individual who is recognized as having a longstanding commitment to jazz, jazz radio, jazz education and generous service to the jazz community, and Harvard University’s “Jazz Hero” award for extraordinary support of Boston’s jazz artists and the entire jazz community. The Jazz Journalists Association has recognized Eric for his outstanding service to the jazz community and he was hired by the American Jazz Museum in Kansas City, MO to select and record introductions to all the jazz music examples throughout the museum exhibits. The American Jazz Museum is the first national jazz museum in the history of the USA.

On His Background and Legacy

I believe it is important to gain some understanding of why Eric does what he does, for he certainly is very serious about his responsibility as a radio personality.

Some of Eric’s legacy as the “Dean of Boston Jazz Radio” can be directly linked to the influence of his father, Sam Jackson. “Mr. Sam”, as some of us called him, had a career as a radio host in the late 1940’s in Rhode Island. History seems to verify that he was the first Black in such a position in New England. Eric was born in Providence in 1950 and shortly after his birth, the Jackson family moved to Camden, NJ where Eric clearly remembers his father being close friends with a number of accomplished musicians, including Gloria Lynn and members of Duke Ellington’s orchestra. Often, these musicians would come to the Jackson home through the invitation of “Mr. Sam” and Eric has fond memories of being with them as friends of the family. I believe these intimate relationships in his home had significant influence on Eric and led to his being both very respectful and comfortable with musicians, as well as shaping his desire and commitment to present the musicians and the music in the “proper light”.

Interviews I have conducted with Eric Jackson over the past decade provide meaningful insights. Below are excerpts that I selected from the interviews to provide a glimpse into how Eric sees his responsibilities, roles and functions as a jazz radio host.

On His Responsibilities as a Radio Host

“I have responsibilities to the musicians and to the history of the music and also as an African American, I have a responsibility to preserve and present this culture in an accurate light. I have to be as dignified as this music has been throughout history. I have a responsibility to the audience…to help the listeners grow. Hopefully I have made some people knowledgeable. You want people to grow their knowledge about the music. Grow in what they hear and what they’re willing to accept. You want to inspire people because the music has been so inspiring.”

On His Relationships with Musicians and On Air Interviews

“I definitely think that a lot of the musicians are willing to talk with me because they know me or know of me for many years. We’ve developed a rapport over the years and they’ve said, ‘It’s always a pleasure to come here and talk because you’re not going to ask stupid questions’. I don’t do a lot of preparation. My feeling has always been that I’ve got a human being in front of me and we should be able to carry on a conversation. My job is to listen and be able to bounce off of what they say to come up with my next question. I rarely use pre-written questions for any reason because I found that I was too concerned with getting to the next question to be able to listen and so I decided, no. Occasionally, I’ll write down one question. That’s what I do for newer folks. For folks that I’ve known for a while, I generally don’t do any kind of preparation.”