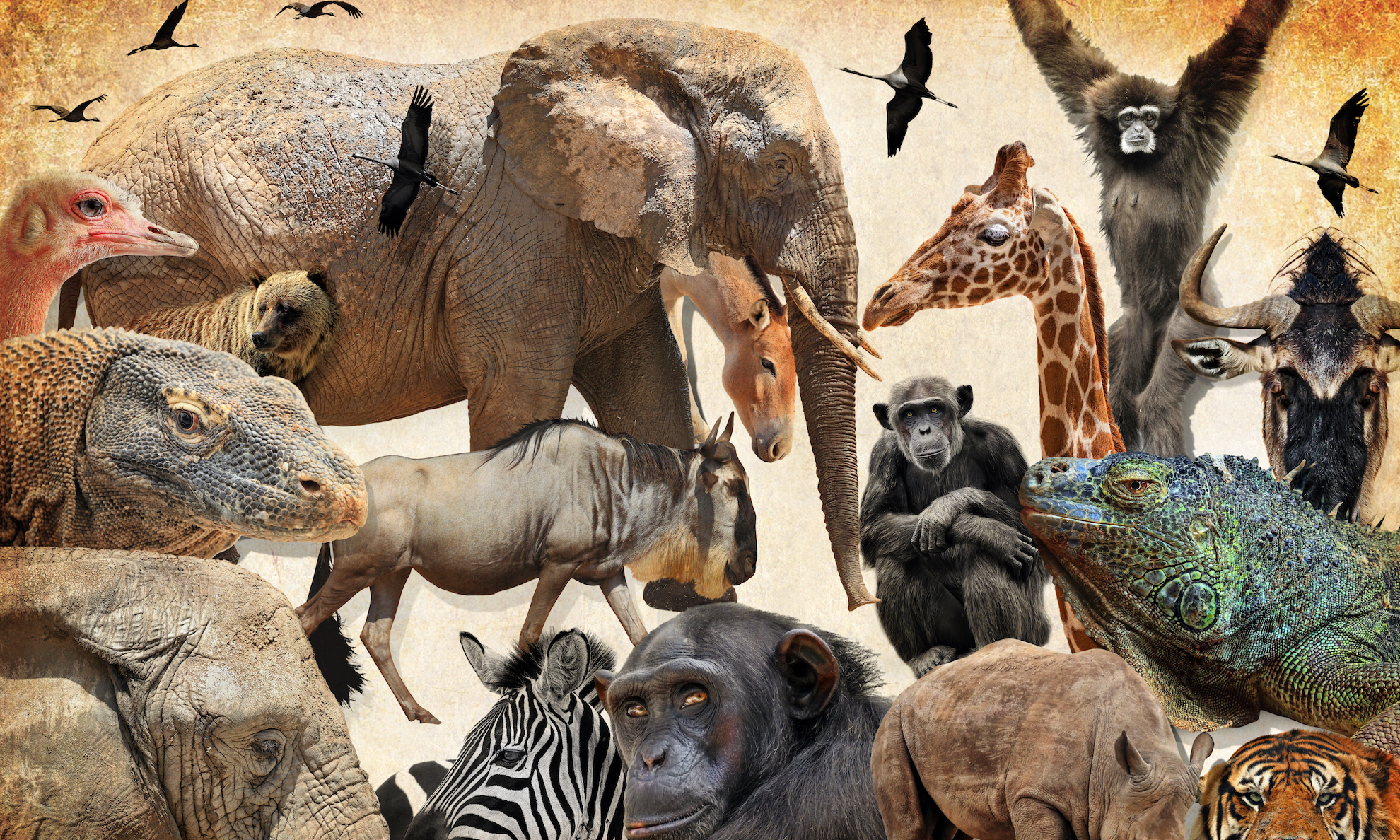 Made possible through generous support from the Candis J. Stern Foundation and the Fliesbach Family Foundation as part of the GBH Media Library and Archives NEH Challenge grant, the GBH Animals collection includes approximately 95 WGBH programs from 1973-2020 featuring interviews, program excerpts and original footage on the topic of Animals and Animal Conservation.

In 1966 the first Endangered Species Act was passed, which is often touted as the most significant conservation legislation ever enacted in the US. The legislation authorized the Secretary of the Interior to list endangered domestic fish and wildlife and allotted $15 million a year in the protection of such species.

In 1973, the revised Endangered Species Act was passed, which restructured the 1966 Act and directed the U.S. Fish and Wildlife Service and the NOAA to carry out its stipulations.

The stated purpose of the Endangered Species Act is to protect species and "the ecosystems upon which they depend." It also prohibited the importing, exporting, taking, possessing, selling, and transporting of such species. It provided that the land necessary for the survival of the species should be protected as a “critical habitat,” making it now illegal to destroy wildlife habitats.

That same year, 1973, was also the year that WGBH started broadcasting its first series on animals and animal conservation. Walsh’s Animals was a series created with the Massachusetts Society for Prevention of Cruelty to Animals. The host, John Walsh was a committed animal conservationist with the World Society for the Protection of Animals. Every week on Walsh’s Animals he focused on both domestic and wild animals, in an effort to provide people with information to help save endangered wildlife and to correct domestic abuses. Walsh’s Animals was the first series of its kind to be shown on television and made Walsh into one of television’s first “reality” stars.

From 1974-1994, NOVA, WGBH’s acclaimed science journalism series, produced many programs on animal extinction and rescuing animals such as Rescuing Baby Whales, The Haunted Cry of a Long Gone Bird, Can the Elephant be Saved, The Business of Extinction and The Great Wildlife Heist. The producers retraced migration paths, profiled undercover agents from the Fish and Wildlife Service who followed poachers of endangered birds, and used microphotography to examine animal behavior with remarkable filmed sequences. They featured the first chimpanzee to learn and use sign language. They profiled veterinarian hospitals (Animal Hospital) and interviewed veterinarians saving animal lives. They also interviewed animal conservationists, zoologists, biologists, paleontologists, and ornothologists to tell their stories.

In 1986, WGBH again partnered with the (Massachusetts) Society for Prevention of Cruelty to Animals to produce the first national television show focused exclusively on pets and pet care. Entitled Cats and Dogs and hosted by a veterinarian, the 26-part series explored the human/animal bond in all its aspects. A decade later, in 1996, WGBH produced a pledge program about dog training which was later expanded to two seasons of the series Woof! It’s a Dog’s Life which first aired in 1998.

In 1990, WGBH produced the seminal environmental series Race to Save the Planet. One episode in particular, Remnants of Eden explored the possibility that, unless immediate action were taken, this generation might preside over a biological mass extinction of half the species on Earth today. The program featured several exceptional ecological park management projects which managed to both save species and provide economic self-sufficiency to the human population. These conservation parks included Amboseli Park in Kenya, where the Arabian oryx were successfully returned, Khao Yai Park in Thailand (where we see a hornbill being tagged to track and determine its feeding range) and the Everglades in the US, where the wetlands are being been restored.

In 1993 and again in 2017, WGBH produced a documentary on Rachel Carson as part of its American Experience historical series. Carson was a consulting biologist for the federal government’s Fish and Wildlife Department when she first took note of the unregulated use of pesticides and herbicides--especially DDT—and wrote about how the widespread use of these chemicals destroyed wildlife habitats and threatened human communities. She predicted a future of spring seasons where no birds would be heard unless action was taken.

In 2001, WGBH produced the acclaimed series, Evolution. Three programs from this series, Great Transformations, Extinction and The Evolutionary Arms Race focus on animals. These programs offer fascinating information about animal species and the “tree of life” (such as whale evolution), the five mass extinctions that have occurred over the life of the planet and how survival of the fittest works in animal evolution.

The remarkable three-part WGBH series RARE: Creatures of the Photo Ark aired in 2017 and featured National Geographic photographer Joel Sartore who traveled the globe to save and beautifully photograph thousands of animal species at risk of extinction. Joel Sartore’s mission is to get “people to care, to fall in love, to take action” to preserve these amazing creatures. The series won the Best Conservation Film award in 2018. Episodes and further information can be seen at https://www.pbs.org/wgbh/rare/. 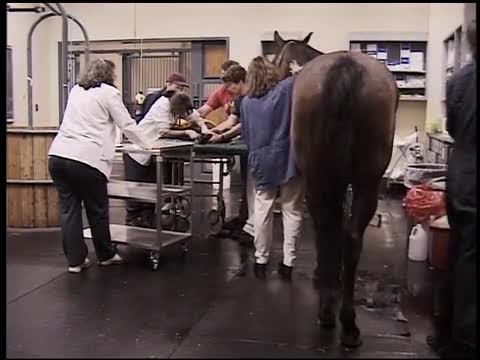 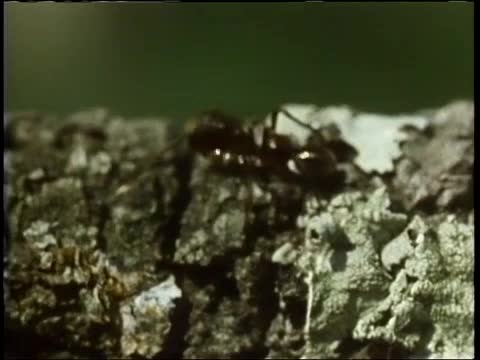 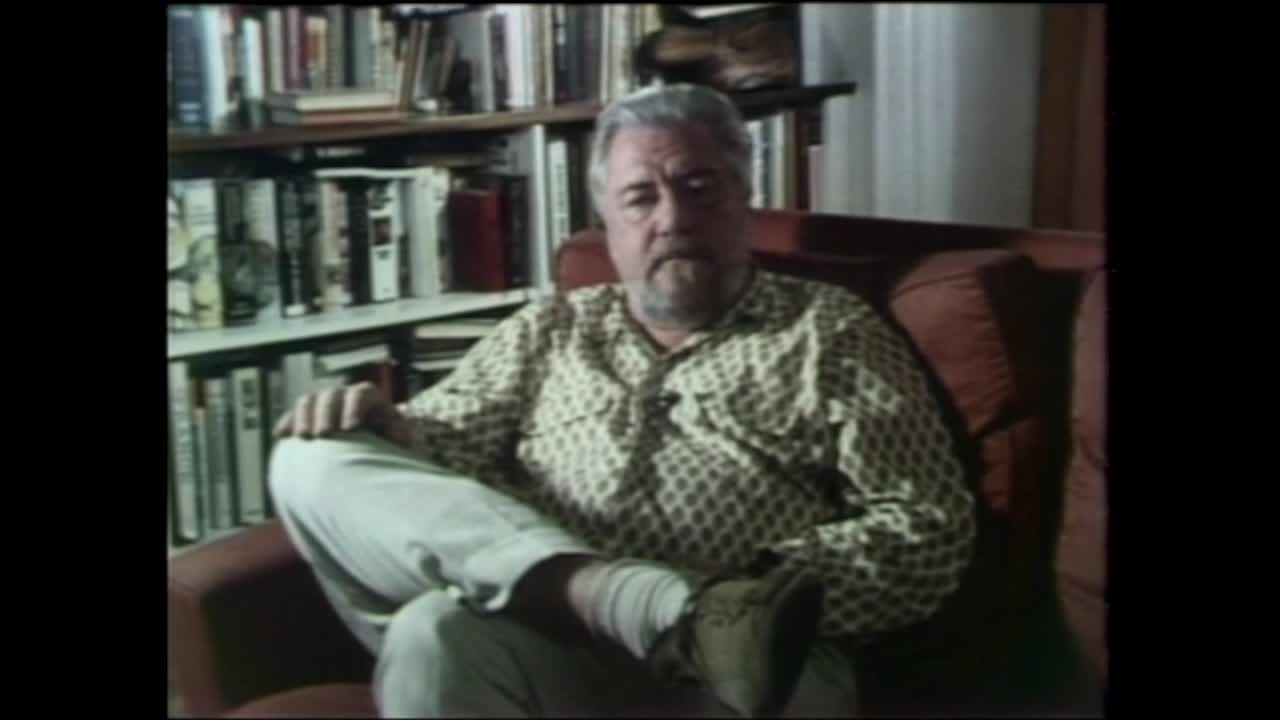 Business of Extinction, The 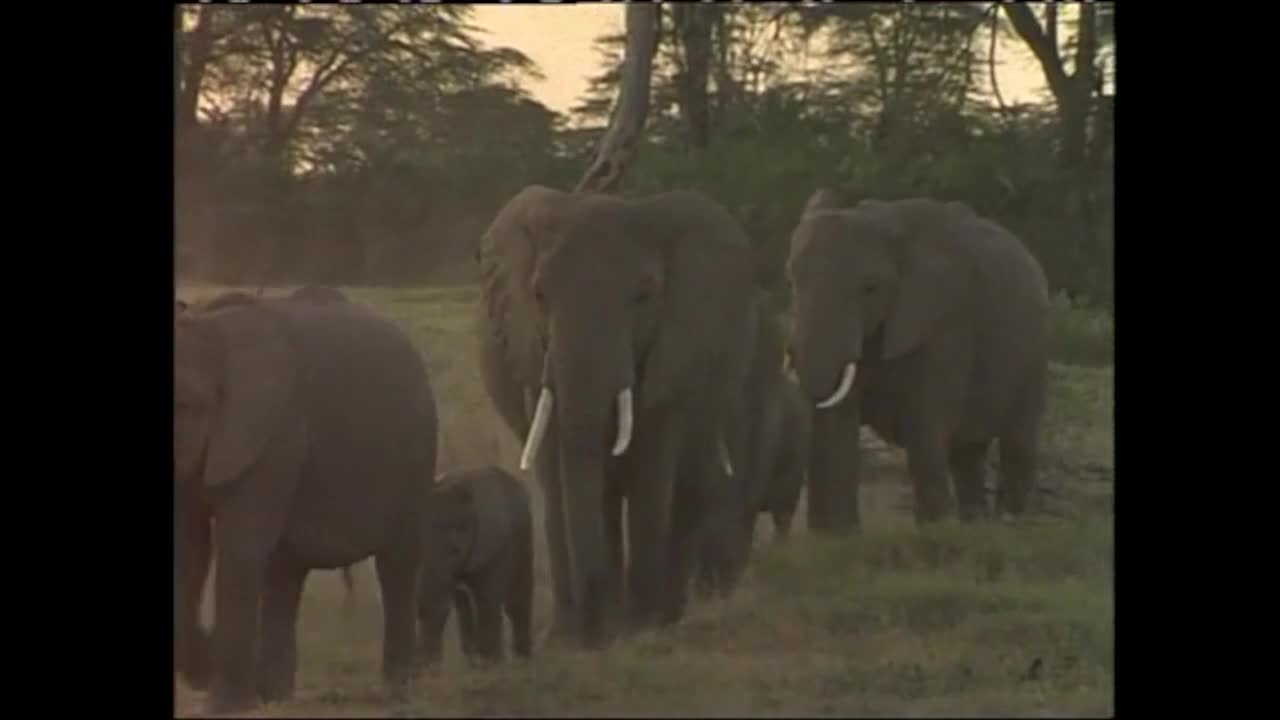 Can the Elephant Be Saved? 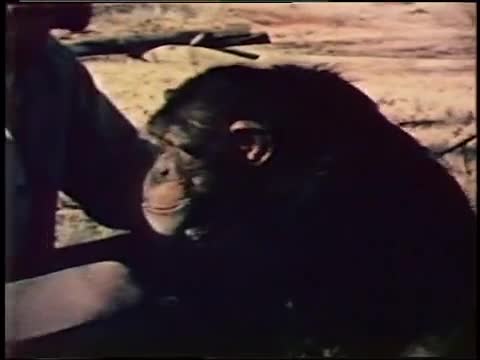 First Signs of Washoe, The 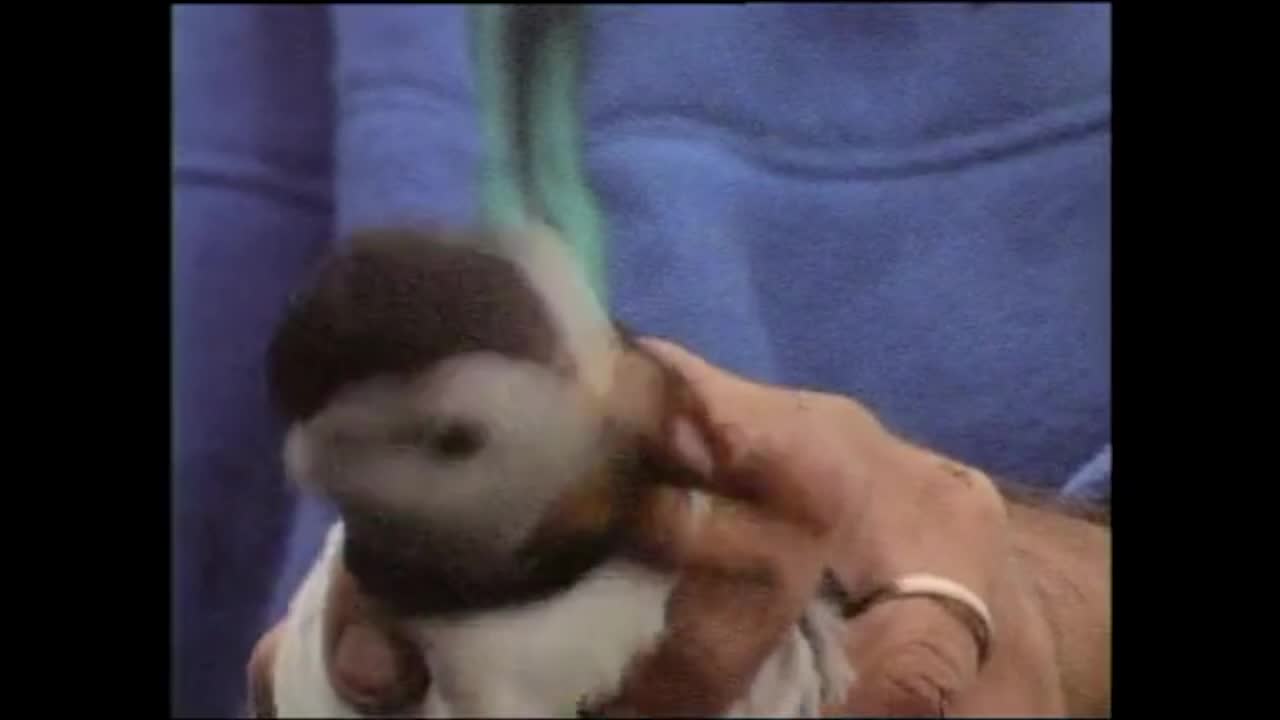 Haunted Cry of a Long Gone Bird, The 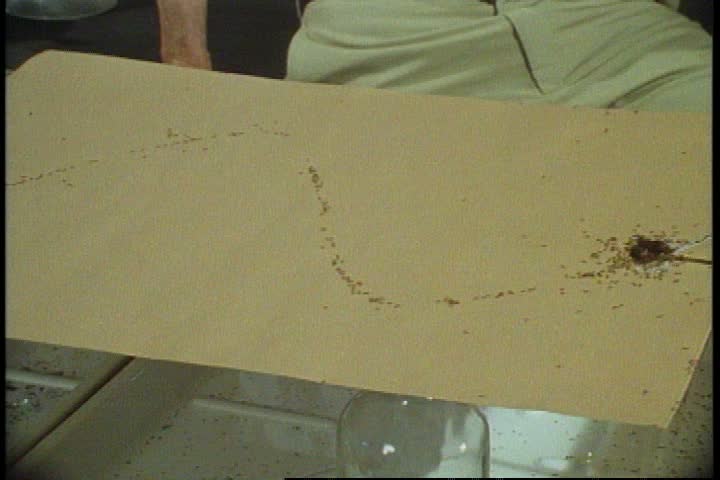 Little Creatures Who Run the World 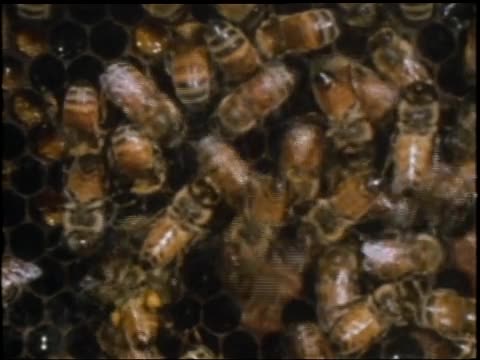 Mystery of the Animal Pathfinders, The 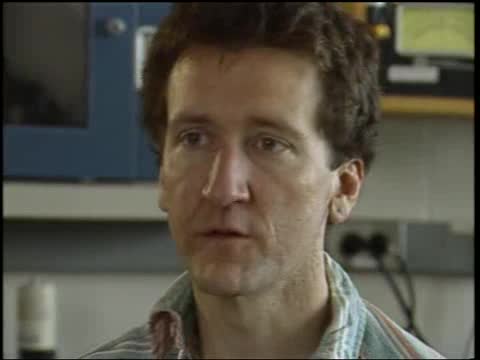